About Us
Our Branches
Press Room
Quarterly Sales Awards

The Annual Flying 5000 sponsored by Hikvision was held on 16 November 2016 at Supa Karts Indoor Raceway in Christchurch. The defending champions, Advanced Security, were very confident going into the event but there were a lot of teams either out for revenge from last year or teams that wanted to get their names on the trophy for the first time.

Atlas Gentech security account manager Brent Stokes says “the Flying 5000 has been around for 17 years which I have been a part of for the last 15 years. It’s all about everyone coming along and having some fun with friends and competitors alike. It’s also a great chance to showcase your driving talents, being enthusiastic to fellow team mates/companies and having a great time.”

Thank you to Mark Underwood from Hikvision and we managed to get him into a team. He found out very quickly that there was no mercy shown to him even though Hikvision were our sponsor. Fortunately for him the back of his seat stopped the front of the car behind him.

Special mention also has to go out to our ladies that raced; we had 3 in the field and after speaking to them they really enjoyed themselves and had a great time. They are keen to come back next year.

The Christchurch team from Atlas Gentech would like to thank Hikvision and all the racers & their supporters, and look forward to seeing you again next year. 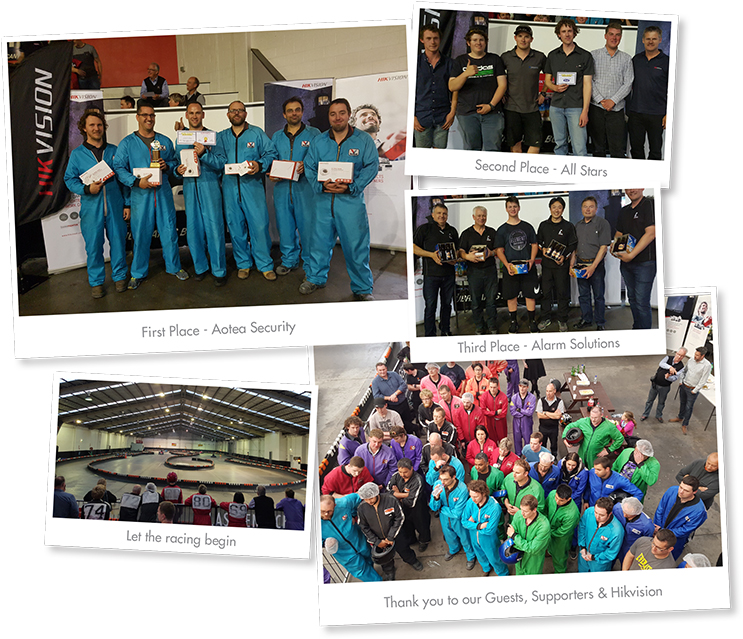